Bright skies greeted those BFHS alumni who made the trip to Schulenburg, Texas  to participate in the 2014 Schulenburg Festival Parade.  Sunday morning, August 3rd was parade day down the streets of Schulenburg and BFHS was represented on several parade floats.  The heat of the morning did not dampen the spirits of float riders who came to represent their respective graduation classes.

The Alumni Association was represented by a bright red convertible announcing the opening date for the new museum that is now under construction.  Here are BFHS alumni putting on the final touches for the parade. 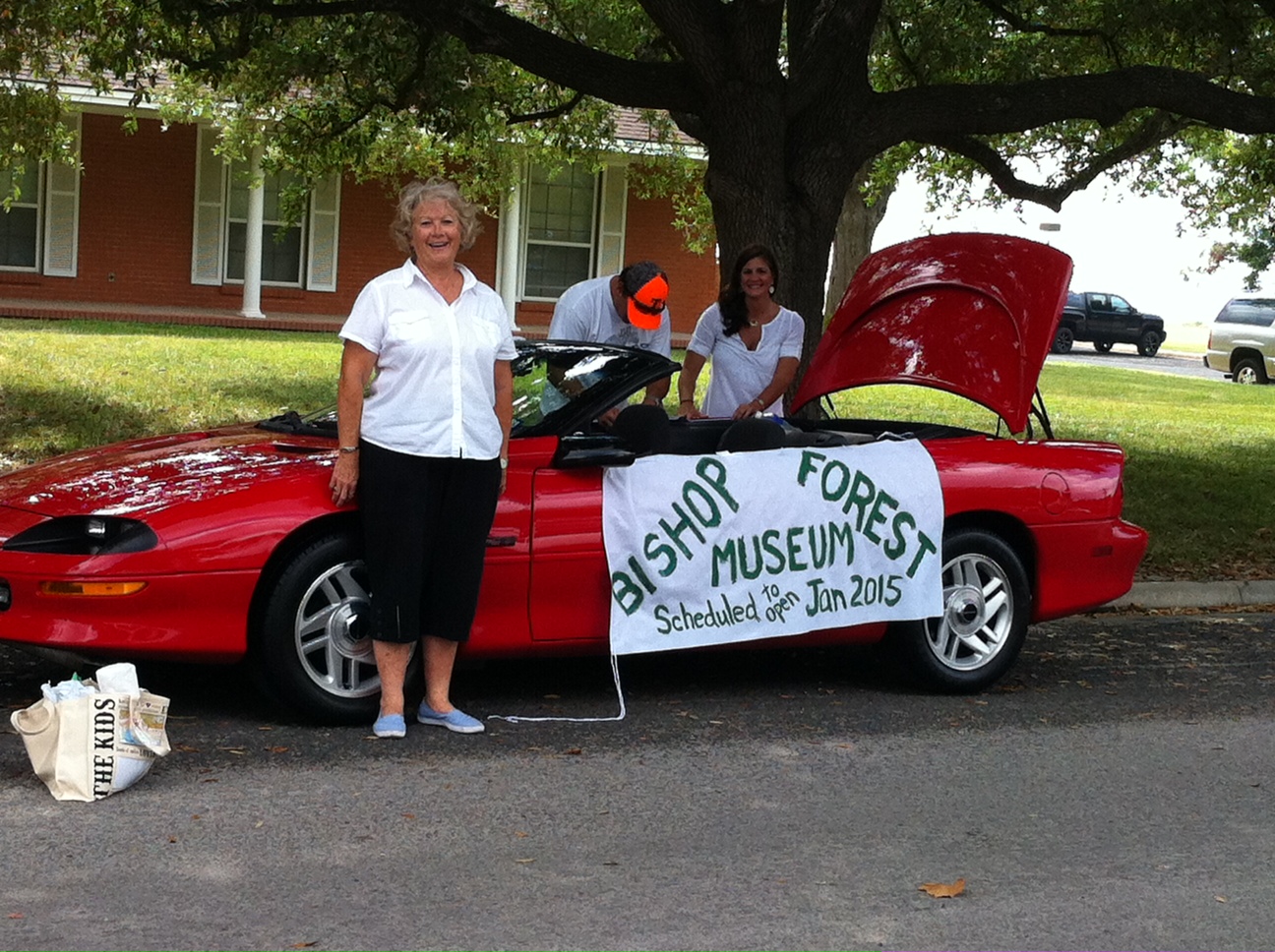 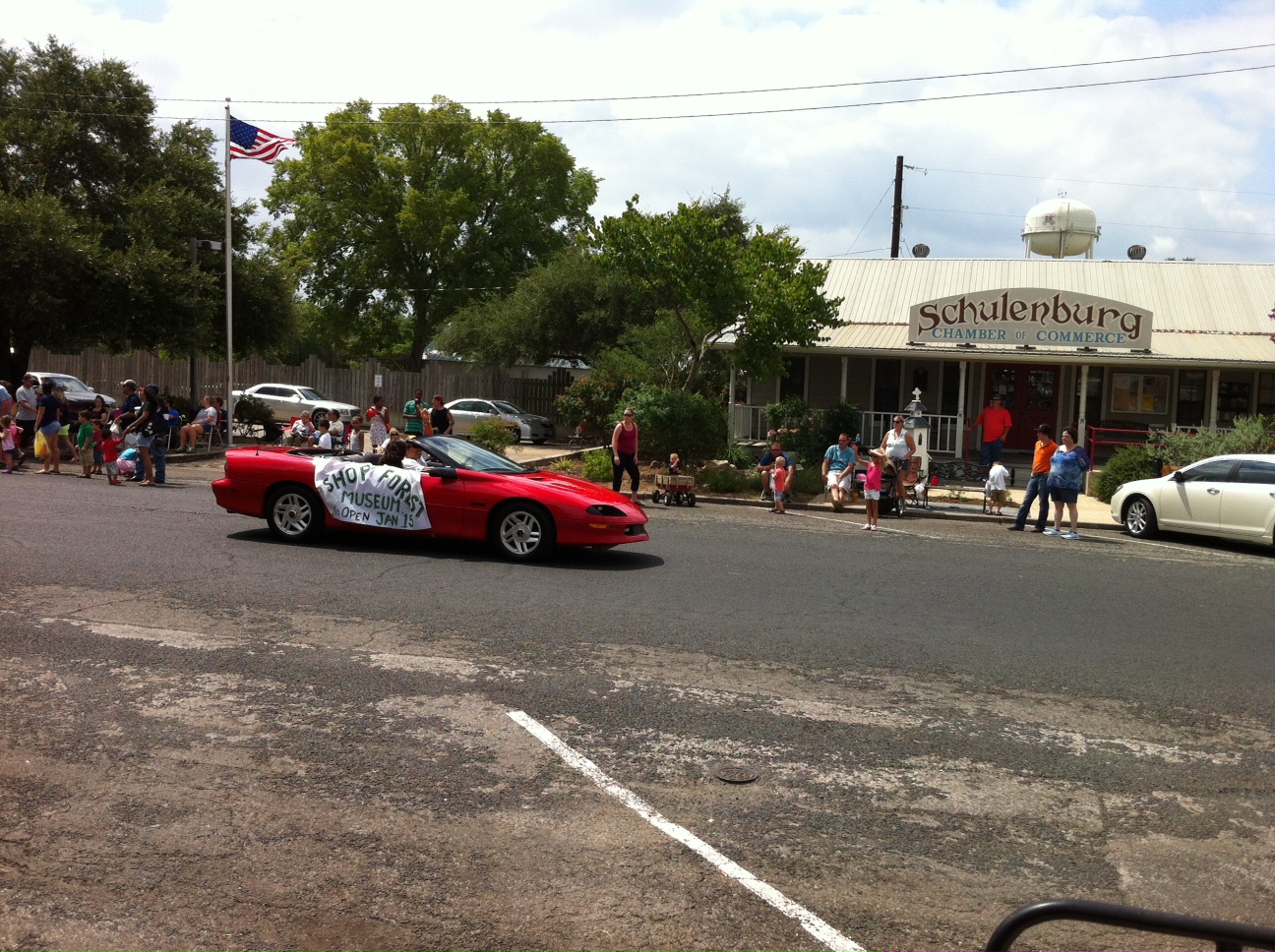 The parade included 83 entries with a variety of floats and an enjoyable time was had by all.  For more on BFHS floats, check out  the web pages for the class of 1964 and the class of 1979.

Alums, we missed you being there.  Plan to save the first  Saturday in August of 2015 and take part in representing BFHS.  Keep the green and white alive!