Loss of a Class Mate

The Class of 1971 has lost another classmate. Marilyn Vacek Schweiger lost her life in an automobile accident on Saturday June 23, 2012 in Southern Colorado. Her son-in-law also lost his life. Her husband and daughter survived the crash. Arrangements were as follows: Vigil – Monday, July 2 @ 7:00 pm Funeral – Tuesday, July 3 @ 10:00 am.  Both services will be held in Sugar Land at Saint Theresa’s Catholic Church at 705 St. Theresa Blvd. Our prayers go out to Marilyn’s Family.

Class song:  I Gotta Be Me 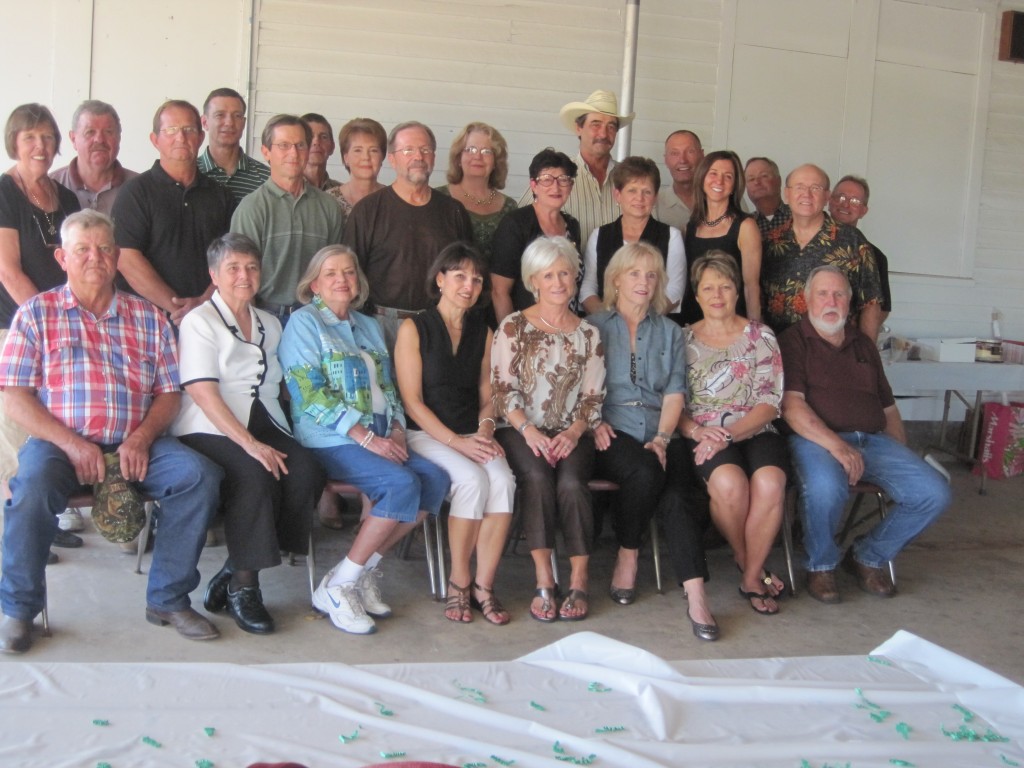 Roy Kahlich, Linda Klesel Heller and James Schlinder were also in attendance but missed being in the photo.

The Bishop Forest Class of 1971 met on October 15, 2011 at the High Hill Store to celebrate the 40th anniversary of our graduation.  Of the original 51 class members, 26 were in attendance.  Also attending was Sister Antoinette, our principal, who led us in prayer as we remembered our classmates who are now our angels:  Brenda Meyer Forister, Geraldine Kossa, Margaret Janda, Monica Tait Hagendorf and Beverly Dittrich Bayer.