Class of 1979 Takes Part in the 2014 Schulenburg Festival Parade

An energetic group of our classmates made sure that the BFHS class of 1979 was represented in the Schulenburg Festival Parade held on Sunday, August 3, 2014 along the streets of downtown Schulenburg. 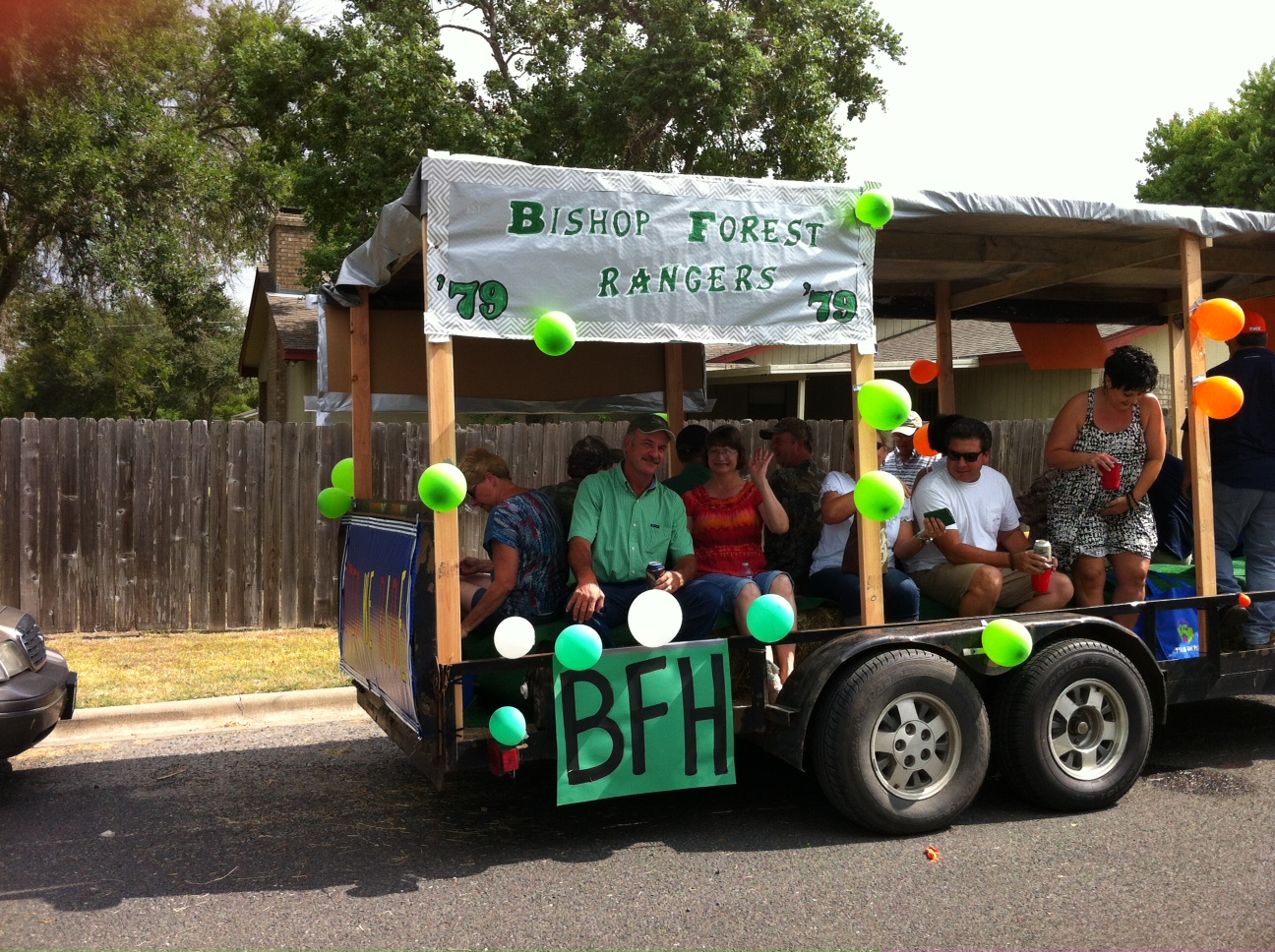 Sporting a bright white and green banner, our float and its riders made sure that parade watchers knew that our class was in town and were getting ready to have a good time.  Everyone had an enjoyable time.   We missed you and hoped that you could have joined us.